Malta is not working hard enough to change the bad reputation it has acquired in connection with money laundering, gaming pundit sectors have said.

Speaking at the KPMG Gaming eSummit today, Enrico Bradamante, chairman of iGEN, a representative group of the gaming sector, said Malta’s efforts to dispel the negative reputation the country had when it comes to money laundering were not enough.

“And this issue is effecting everything, including the banking sector. So we are currently in discussions with the government on how to ensure that the rule of law in Malta is upheld to very high standards,” he said.

Bradamante said Malta had become the home of gaming excellence, and the epicentre in the sector. He predicted that “a lot of further growth” was still to come, but that the island had to continue being a leader in regulating the area.

“The country is very open to dialogue, something I haven’t seen in any other place,” he said.

“We face challenges when trying to get a license in other jurisdictions and are asked very uncomfortable questions about money laundering in Malta sometimes,” Degiorgio said.

“There remains work to be done when it comes to strengthening gaming regulatory aspects. Rather than the problem being the image which Malta has, I think what we need is to tighten and more strictly regulate certain areas,” he added.

On a different note, the industry insiders said that although the country was making significant progress in establishing itself as a leader in the gaming industry and the emerging blockchain technologies market, it was being limited by inadequate infrastructure, property prices and a school system which did not offer sufficient student places.

Catena Media CEO Johannes Bergh agreed that Malta’s regulatory environment was good, but that the industry also required people to work in the sector.

“Malta has very limited space and a high cost of living, which is not working in favour of the industry,” Bergh pointed out.

He emphasised that foreign gaming workers were coming to Malta with their families, and it was “tough” for them to get their children into schools because of the limited availability of places.

“When something grows, you need to add more stuff. You no longer have single people coming here for a few years, but families are coming now, and Malta is not keeping up with this new reality,” Bergh said.

He underlined that it was essential that Malta started training its own people to take up jobs in the gaming, blockchain and other technology-related sectors.

“The long-term issue is people, and if you educate people, you can get the sustainable advantage locally instead of importing people. I don’t see that we find people within tech and other areas locally.”

“The people coming need to find apartments and schools, and if they don’t, they will leave. There are other hubs where the gaming industry is also strong, and they could go there,” he said.

Degiorgio also echoed these sentiments, saying the skills gap and infrastructure issues had to be addressed.

“When you try to recruit a foreigner in your company into Malta – because there is a skill gap with locals – they tell you they’ve heard there aren’t enough schools, property is too high and traffic is a problem,” Degiorgio remarked.

Bradamante also flagged the matter of the banking sector in Malta not supporting gaming and blockchain, especially when it comes to the difficulties foreign workers encounter when trying to obtain a Maltese residency card and opening a bank account.

“Banking is one of the areas which needs improvement. We have been reaching out to financial institutions to understand how we can work better, and we’ve made some progress, especially related to the ID card and bank account procedures – which have become increasingly problematic,” he said.

Corporate banking – when companies can open accounts and so on with the banks – is even more of a stumbling block, he said. “When it comes to corporate banking, the situation is less rosy.”

As a possible solution, he said there could be the potential for creating an alternative banking system through blockchain.

“It would also be a fantastic option to have a specific foreign bank which deals with corporate clients in gaming and blockchain, but many banks perceive this sector as risky, although I am in discussions with a foreign bank on this matter,” Bradamante noted.

Parliamentary secretary Silvio Schembri said that from January 1 next year, the new gaming industry law will come into effect. This has consolidated a number of other laws, reducing bureaucracy and making it easier for the operators to function, he emphasised.

He reiterated his announcement from a few days ago that the Malta Gaming Authority is also about to sign a historical agreement with a number of Italian authorities aimed at sharing information, even related to the intelligence aspect, to increase our capability to detect criminal and illegal activity.

“In the previous days persons involved in a large-scale [money laundering] criminal activity, which was operating out of Italy, were caught by the police in an investigation with which the Maltese and other countries’ authorities collaborated,” Schembri said.

“This shows that the authorities in Malta are doing their job. If they weren’t, we wouldn’t have detected these illegal activities, he said, “The Maltese regulator is also being proactive, by offering to help Italian authorities to stop such crimes.”

He added that the regulator had taken into account that the laws had changed to make them future proof, and it was also endeavouring to improve the legislatory framework in areas where shortcomings are detected. 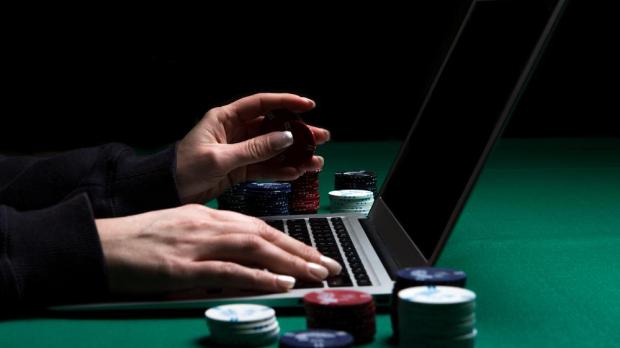