The local gaming industry is feeling the repercussions of the economic impact of COVID-19, with land-based casinos and sports betting operators having been dealt the worst cards.

The local gaming industry is feeling the repercussions of the economic impact of COVID-19, with land-based casinos and sports betting operators having been dealt the worst cards.

A spokesperson for the Malta Gaming Authority told BusinessToday that certain areas of the gaming sector are facing major challenges, due mainly to the complete closure of land-based casinos and the cancellation of virtually all sport tournaments.

Operators offering online gaming services could be faring better, as more people stuck indoors turn to the internet for entertainment, however they might also suffer in the future if people’s income drops as the coronavirus wreaks havoc on the global economy.

Enrico Bradamante, chairman of iGen, a representative group of the gaming sector, confirmed with this newspaper that sport betting activity has completely ground to a halt, as an obvious consequence of sporting events around the world having been cancelled in a bid to prevent the spread of the virus.

The gaming sector is Malta’s third-largest private sector contributor to the economy, with its input having reached 13.6% in terms of total value added in the first six months of 2019.

In the first half of last year, the sector generated over 7,000 full-time jobs, with more than 280 gaming companies, including both online and land-based entities, having been licensed by the MGA by mid-2019.

The MGA spokesperson said that, while – as happened with other entertainment sectors – the gaming industry had been impacted by the coronavirus pandemic, not all its verticals and distribution methods were affected in the same way.

“The land-based sector, which includes local casinos, gaming parlours, bingo halls and lotto booths, first experienced a drop in attendance due to the social distancing measures. Casinos were then completely closed to the public through Legal Notice 76 of 2020. For these operators, the COVID-19 pandemic has thus meant the complete suspension of their business,” the spokesperson said, “…[For] land-based operators, naturally [this] is a very severe challenge.”

“As to online gaming, operators offering sports betting are also being severely impacted, especially those who are predominantly focused on this vertical, since practically all the major sports leagues and events around the world are currently suspended,” the spokesperson said.

While esports is still alive, this is no saving grace, since traditional sports remains the focus of bettors.

The postponement of major sports tournaments and events – such as the European football championship, which was due to take place between June and July – will also result in less revenue for the gaming sector in 2020.

“Although other events such as esports events are still taking place, the predominant focus of betting is still on traditional sports, particularly football, and therefore the suspension of the most popular competitions has led to a considerable decrease in gaming revenue.”

“Revenues for the rest of 2020 will undoubtedly be similarly impacted due to, amongst other matters, the postponement of both the UEFA Euro 2020 and the Tokyo Olympics.”

Along the same vein, Bradamante said that, while online casinos, esports and other RNG-based products had seen an increase in players, this was less so in terms of a rise in revenue.

“As the land-based casinos and other gambling outlets have been closed, some of those customers are expected to move online, but they are a fundamentally different player group,” Bradamante said.

“Overall, the betting activity is down, and a number of publicly-listed companies like GVC, William Hill and Flutter have announced that they expect some heavy impact on their businesses, especially the bookies,” he said.

Operators which offer varied services, such as online gaming, have been able to shield themselves from some of the worst effects, but there is no guarantee that customers don’t become increasingly unwilling to spend their limited money on these products if the pandemic drags on, the MGA spokesperson highlighted.

“For operators that have multiple verticals, some players may shift their attention onto other products, such as online casino or poker, at least in the short term. Nevertheless, a lot depends on the duration of this crisis, and with disposable income being seriously under threat for a number of persons around the world, online casino could also start feeling the brunt of this situation, albeit at a later stage,” the representative said.

Asked whether online gambling had in fact increased, the spokesperson said it was too early to confirm this for certain, but that initial indications were that activity in this area had risen.

“The Authority will have more reliable data in the coming weeks, as it takes some time in order to discern a consistent pattern to identify whether there has been a general upward trend. However, initial assessments show that other products such as online casino and poker have indeed seen an increase in activity.”

“This may be due to various factors, including the fact that many people are spending more time at home, but also as a replacement to brick and mortar gambling or, for some players that enjoy multiple products, as a replacement for betting on sports events.”

The MGA spokesperson underscored that operators which offer different verticals are shifting resources from the lower performing activities to online casinos, where this is possible, to meet the increase in demand, whilst some other operators are even recruiting new employees. The latter cannot be said for operators who solely or predominantly offer sports betting, however. 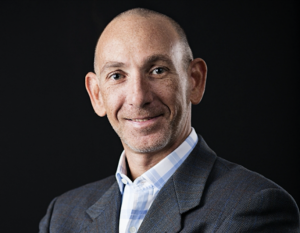 Most foreign gaming workers chose to remain in Malta

Questioned on whether foreign gaming sector employees – who account for a significant portion of all the industry’s workforce – had decided return to their home, the spokesperson said this was not generally the case.

“In general, foreigners working in the industry have decided to remain here and continue with their jobs, but there were some cases where individuals decided to go back to their home country, to stay closer to their relatives during these trying times.”

“To my knowledge very few foreign staff have left Malta in light of the pandemic,” he said, underscoring however that “there have been some companies who have let go of some staff in the past few weeks.”

When it comes to gaming firms’ operations, the MGA spokesperson said that licenses firms were adapting to the new COVID-19 reality, with the vast majority of the online gaming operators having shifted most staff to teleworking – a possibility which was open to them even before the pandemic.

“This said, some other operators, even though operating in the online sphere, have a bigger reliance on people working from physical premises. For these teleworking is not always possible,” the representative said.

Bradamante said that, by and large, gaming companies had anticipated the social-distancing government has put in place and had specifically made arrangements for employees to be able to work from home in order to minimise travel and person-to-person contact.

“As such, the operations of the gaming companies have been largely unaffected by the measures put in place by the government,” he said.

Bradamante added that the gaming industry remained “positive and committed to Malta”.

“We welcome the news that the WHO has praised the Maltese government’s response to the crisis. We are and plan to remain in close dialogue with the government and the regulator to assess the impact of the crisis on our business and our staff, and to put emergency mitigation actions in place,” he said.